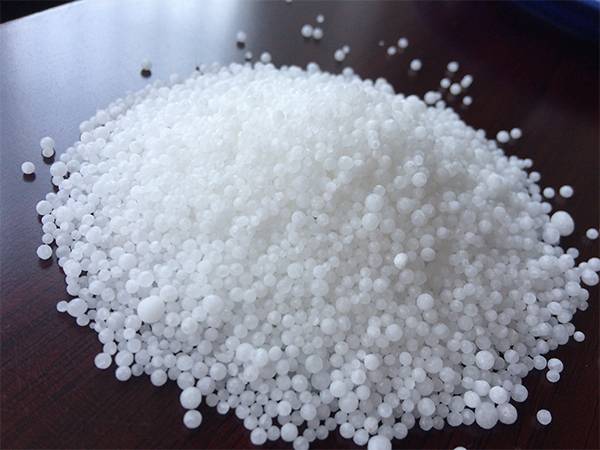 Urea is an odorless, granular products,This product has passed the ISO9001 quality system certification and was awarded the first Chinese products exempted from inspection by the state bureau of quality and technical supervision,This product has relative products like polypeptide urea, granular urea and prilled urea.

Urea is an odorless, granular products;

This product has passed the ISO9001 quality system certification and was awarded the first Chinese products exempted from inspection by the state bureau of quality and technical supervision;

This product has relative products like polypeptide urea, granular urea and prilled urea.

Urea (Carbamide/ Urea solution/ USP Grade Carbamide) is easy soluble in water and used as a neutral quick-released high concentration of nitrogen fertilizer. Easy hygroscopic in air and caking. Popular used in NPK compound fertilizers & BB fertilizers as a basic raw material, also can coated sulphur or polymer as slow-released or control-released fertilizer. Long-term application of urea does not remain any harmful substances to the soil.

Urea contains small amount of biuret in granulation process, when biuret content exceeds 1%, urea can not be used as seeding and foliar fertilizer.Because of the high nitrogen concentration in urea, it is very important to achieve an even spread. Drilling must not occur on contact with or close to seed, due to the risk of germination damage. Urea dissolves in water for application as a spray or through irrigation systems.

Urea is a spherical white solid. It is an organic amide molecule containing 46% nitrogen in the form of amine groups. Urea is infinitely soluble in water and is suitable for use as an agricultural and forestry fertilizer as well as for industrial applications which require a high quality nitrogen source. It is not a poison to mammals and birds and is a benign and safe chemical to handle.

More than 90% of world industrial production of urea is destined for use as a nitrogen-release fertilizer. Urea has the highest nitrogen content of all solid nitrogenous fertilizers in common use. Therefore, it has the lowest transportation costs per unit of nitrogen nutrient.
Many soil bacteria possess the enzyme urease, which catalyzes the conversion of the urea to ammonia or ammonium ion and bicarbonate ion, thus urea fertilizers are very rapidly transformed to the ammonium form in soils. Among soil bacteria known to carry urease, some ammonia-oxidizing bacteria (AOB), such as species of Nitrosomonas, are also able to assimilate the carbon dioxide released by the reaction to make biomass via the Calvin Cycle, and harvest energy by oxidizing ammonia to nitrite, a process termed nitrification. Nitrite-oxidizing bacteria, especially Nitrobacter, oxidize nitrite to nitrate, which is extremely mobile in soils because of its negative charge and is a major cause of water pollution from agriculture. Ammonium and nitrate are readily absorbed by plants, and are the dominant sources of nitrogen for plant growth. Urea is also used in many multi-component solid fertilizer formulations. Urea is highly soluble in water and is, therefore, also very suitable for use in fertilizer solutions e.g., in ‘foliar feed’ fertilizers. For fertilizer use, granules are preferred over prills because of their narrower particle size distribution, which is an advantage for mechanical application.
Urea is usually spread at rates of between 40 and 300 kg/ha but rates vary. Smaller applications incur lower losses due to leaching. During summer, urea is often spread just before or during rain to minimize losses from volatilization (process wherein nitrogen is lost to the atmosphere as ammonia gas). Urea is not compatible with other fertilizers.
Because of the high nitrogen concentration in urea, it is very important to achieve an even spread. The application equipment must be correctly calibrated and properly used. Drilling must not occur on contact with or close to seed, due to the risk of germination damage. Urea dissolves in water for application as a spray or through irrigation systems.

In grain and cotton crops, urea is often applied at the time of the last cultivation before planting. In high rainfall areas and on sandy soils (where nitrogen can be lost through leaching) and where good in-season rainfall is expected, urea can be side- or top-dressed during the growing season. Top-dressing is also popular on pasture and forage crops. In cultivating sugarcane, urea is side-dressed after planting, and applied to each ratoon crop.
In irrigated crops, urea can be applied dry to the soil, or dissolved and applied through the irrigation water. Urea will dissolve in its own weight in water, but it becomes increasingly difficult to dissolve as the concentration increases. Dissolving urea in water is endothermic, causing the temperature of the solution to fall when urea dissolves.
As a practical guide, when preparing urea solutions for fertigation (injection into irrigation lines), dissolve no more than 3 g urea per 1 L water.
In foliar sprays, urea concentrations of 0.5% – 2.0% are often used in horticultural crops. Low-biuret grades of urea are often indicated.
Urea absorbs moisture from the atmosphere and therefore is typically stored either in closed/sealed bags on pallets or, if stored in bulk, under cover with a tarpaulin. As with most solid fertilizers, storage in a cool, dry, well-ventilated area is recommended.
Overdose or placing Urea near seed is harmful.

Chemical industry.
Urea is a raw material for the manufacture of two main classes of materials: urea-formaldehyde resins and urea-melamine-formaldehyde used in marine plywood.