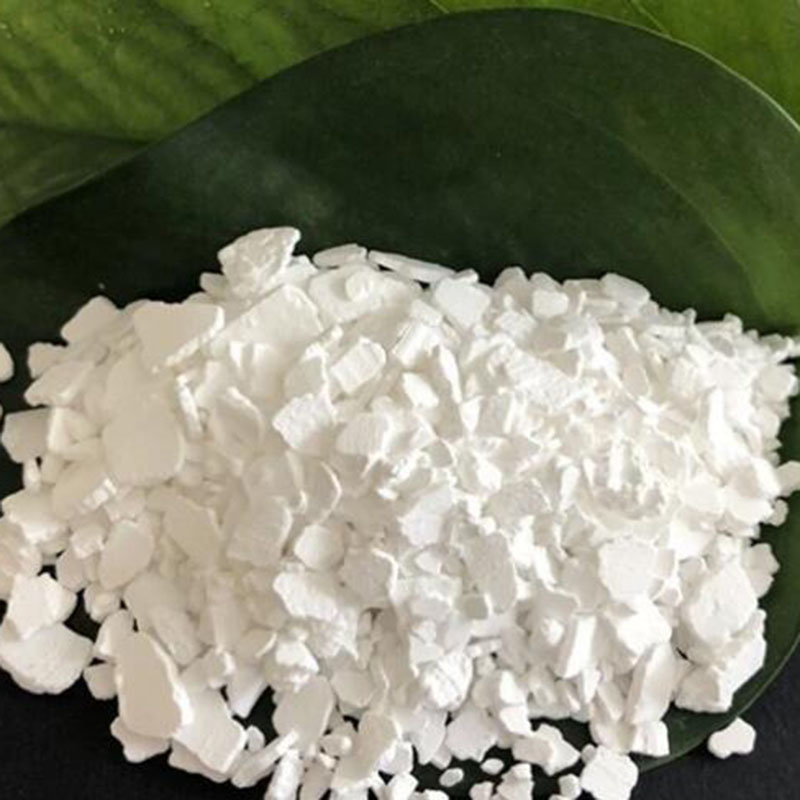 Calcium chloride, a salt composed of chlorine and calcium, has the chemical formula CaCl2. Slightly bitter and tasteless. It is a typical ionic halide, white, hard pieces or particles at room temperature.
Its common applications include brine used in refrigeration equipment, road ice melting agents and desiccants. Because it easily absorbs moisture in the air and deliquesces [5], anhydrous calcium chloride must be sealed and stored in a container.

1. Used as a multi-purpose desiccant, such as drying of nitrogen, oxygen, hydrogen, hydrogen chloride, sulfur dioxide and other gases. Used as a dehydrating agent in the production of alcohols, esters, ethers and acrylic resins.
Calcium chloride aqueous solution is an important refrigerant for refrigerators and ice making. It can accelerate the hardening of concrete and increase the cold resistance of construction mortar. It is an excellent antifreeze for construction.
Used as an anti-fogging agent in ports, dust collectors on roads, and fabric fire retardants. Used as a protective and refining agent for aluminum-magnesium metallurgy. It is a precipitant for the production of lake pigments. Used for waste paper processing and deinking. It is the raw material for the production of calcium salt.
2. Chelating agent; curing agent; calcium enhancer; refrigerant for freezing; desiccant; anticaking agent; antimicrobial agent; pickling agent; tissue improver.
3. Used as a desiccant, road dust collector, antifogging agent, fabric fire retardant, food preservative and used to make calcium salt
4. Used as lubricant additive
5. Used as an analytical reagent
6. It is mainly used for the treatment of tetany, urticaria, exudative edema, intestinal and ureteric colic, magnesium poisoning, etc. caused by lowered blood calcium.
7. Used as calcium fortifier, curing agent, chelating agent and desiccant in the food industry.
8. It can increase the permeability of the bacterial cell wall.